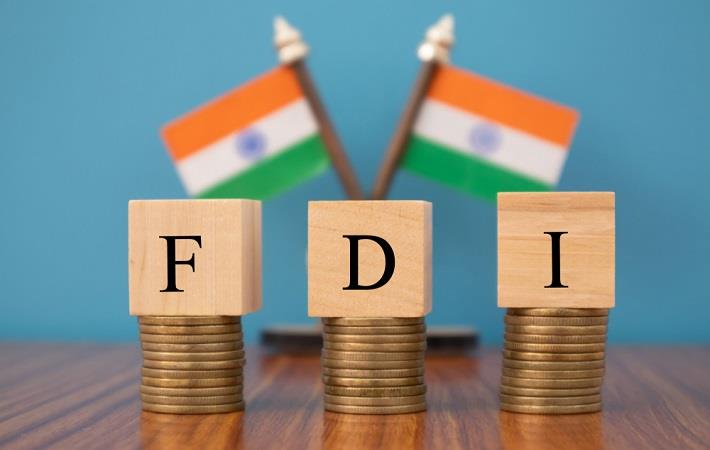 India continues to be an attractive investment destination for foreign businesses and increasingly, its business-friendly reforms have supported manufacturing, innovation, and infrastructure investment growth. Since the pandemic broke out early last year, India has plugged sensitive supply gaps through immediate manufacturing investments and was able to tap into global export demand in key segments.

To tide over the economic fall out of the pandemic and meet its growth objectives, India is offering incentives in key sectors and preferential treatment in key economic zones in some states. In October last year, India released its Consolidated FDI Policy, 2020, in effect from October 15, 2020, which sees investment liberalization in several sectors, except those regarded as sensitive due to their critical value or impact on national security. This incorporates restrictions notified earlier in the year on FDI coming in from overseas entities or citizens belonging to neighbouring countries that share a land border with India, including China, to prevent opportunistic takeovers of firms whose operations and finances may have suffered during the lockdowns and due to the general impact of the

COVID-19 pandemic. (The official document may be accessed here.)

Foreign investments from these neighbouring countries and beneficiaries of such investment in India who are situated in or are citizens of any such country – are to be vetted by the government irrespective of the scope of the investment. In fact, according to a government official, given that there is no mention of a minimum or a maximum threshold limit – even if the foreign investment from such a country is a fraction or small amount, it will trigger government scrutiny.

A 26 percent cap on equity / FDI has been introduced in the segment that covers digital news (uploading or streaming of news and current affairs through digital media), which also requires government approval. This brings it at par with the investment cap on newspaper and periodical publications and the publication of Indian editions of foreign magazines dealing with news and current affairs, which are also subject to the government approval route.

The latest FDI policy states that it is mandatory for e-commerce entities with foreign investment to obtain and maintain a statutory audit report by September 30 every year for the preceding financial year, which indicates their compliance with India’s laws. This compliance requirement was first introduced in 2019.

The 2020 FDI policy circular also details the recent changes in regulating foreign investment in e-commerce in India, which includes the following:

These norms regulating e-commerce entities were implemented from 2018.

100 percent FDI under automatic route is permitted in the marketplace model of e-commerce in India. The marketplace-based model means the e-commerce entity essentially provides an information technology platform on a digital and electronic network – to act as a facilitator between buyer and seller.

According to a report by the World Economic Forum, India will be the world’s third-largest consumer market by 2030, behind the US and China. As such, India has the potential to leverage its consumer demand against foreign players eyeing to exploit the Indian consumer market. Also, with lines between e-commerce and traditional retail commerce blurring, it may be time for the Government takes a relook at the policy on Indian retail and strives for harmonisation of laws governing the retail industry as a whole.

Although India has the second-largest internet market and smartphone market in the world, the online retail market constitutes a minuscule 3 percent of the total retail market in the country. The legal framework regulating the retail market in the country is one of the key reasons for such limited penetration of the online market. Despite the legislative policy on e-commerce being amended a few times in recent years, it has failed to achieve the desired results. The aim should be to integrate the online marketplaces with the offline markets and ensure that they coexist peacefully. In the wake of Jeff Bezos announcing Amazon’s plans to invest $1 billion to digitize ‘kirana stores’, Flipkart investing in Shadowfax and Reliance launching JioMart, the advantages of integration are becoming clearer to the market – faster last mile delivery and storage solutions. Given these market changes, the government should revisit the legislative policy and reconsider its approach of regulating e-commerce retail and offline retail differently. Indisputably, conventional retail stores are required to be protected, but it should not happen at the cost of technological advancement.

A snapshot of Chinese investment in India

Though the political ties between India and China date to 1950, bilateral trade relations were established in the mid-1980s, picking up pace since the early 2000s. Chinese companies have actively invested in India’s development and industrial capacity-building, with an aim to establish long-term presence. They have adopted a multi pronged approach, tapping into hyperlocal start-ups (reminiscent of the Chinese landscape 10 years ago), acquiring local firms, and developing joint venture strategies with Indian companies to give them acute access to the Indian market, across industries.

According to the Ministry of Commerce and Industry, the FDI inflow from China between April 2014 to March 2019 was almost (US$1.81 billion), with the automobile (US$876.73 million), electrical equipment (US$152.5 million), and services sectors (US$127 million) receiving the largest share. While in the same period India received FDI worth USD 13.62 billion during the period from the US.

India’s pharmaceutical sector was also a major recipient of Chinese FDI. The Shanghai-based drug firm Fosun Pharma acquired a 74 percent majority stake in the Hyderabad-based pharmaceutical manufacturing and R&D firm Gland Pharma in 2017, at a valuation of US$1.08 billion.

In the last 5 years, India’s technology space has seen a rapid influx of private Chinese capital. Dozens of Chinese technology firms and venture capital players  led by tech giants Alibaba (in Paytm, BigBasket, and Zomato) and Tencent (in Ola, Flipkart, and BYJU’s) acquired minority or controlling stakes in Indian start-up unicorns. According to data from Invest India, leading Chinese smartphone makers OPPO, VIVO, Xiaomi, and Huawei have all secured 100 percent FDI for contract manufacturing of electronic gadgets in India and have set up plants in the states of Uttar Pradesh, Andhra Pradesh, and Tamil Nadu.

The Chinese automotive company SAIC, which conducts R&D, manufactures, and sells passenger and commercial vehicles, also has a presence in India. Its India operations include a former General Motors company that it acquired and currently has a production capacity of 80,000 units per year. SAIC Motors UK’s subsidiary MG Motors has also registered its presence in India. BYD Auto Co successfully launched electric buses in 2020. Other Chinese automotive companies whose proposals are in the pipeline awaiting approval include Changan, which was earlier slated to start operations in 2022-23, and Great Wall Motors (GWM).